Zoning is a technique of land-use planning as a tool of urban planning used by local governments in most developed countries. Areas of land are divided by governmental entities into zones – within each zone are various permitted uses. All properties must follow the zoning code of the municipality in which they are located. Below is the zoning map and code for the City of Ferguson.

The City of Ferguson’s Zoning Code can be found here.

A map of the entire city, including the downtown form-based code, can be found below. It can also be found here. 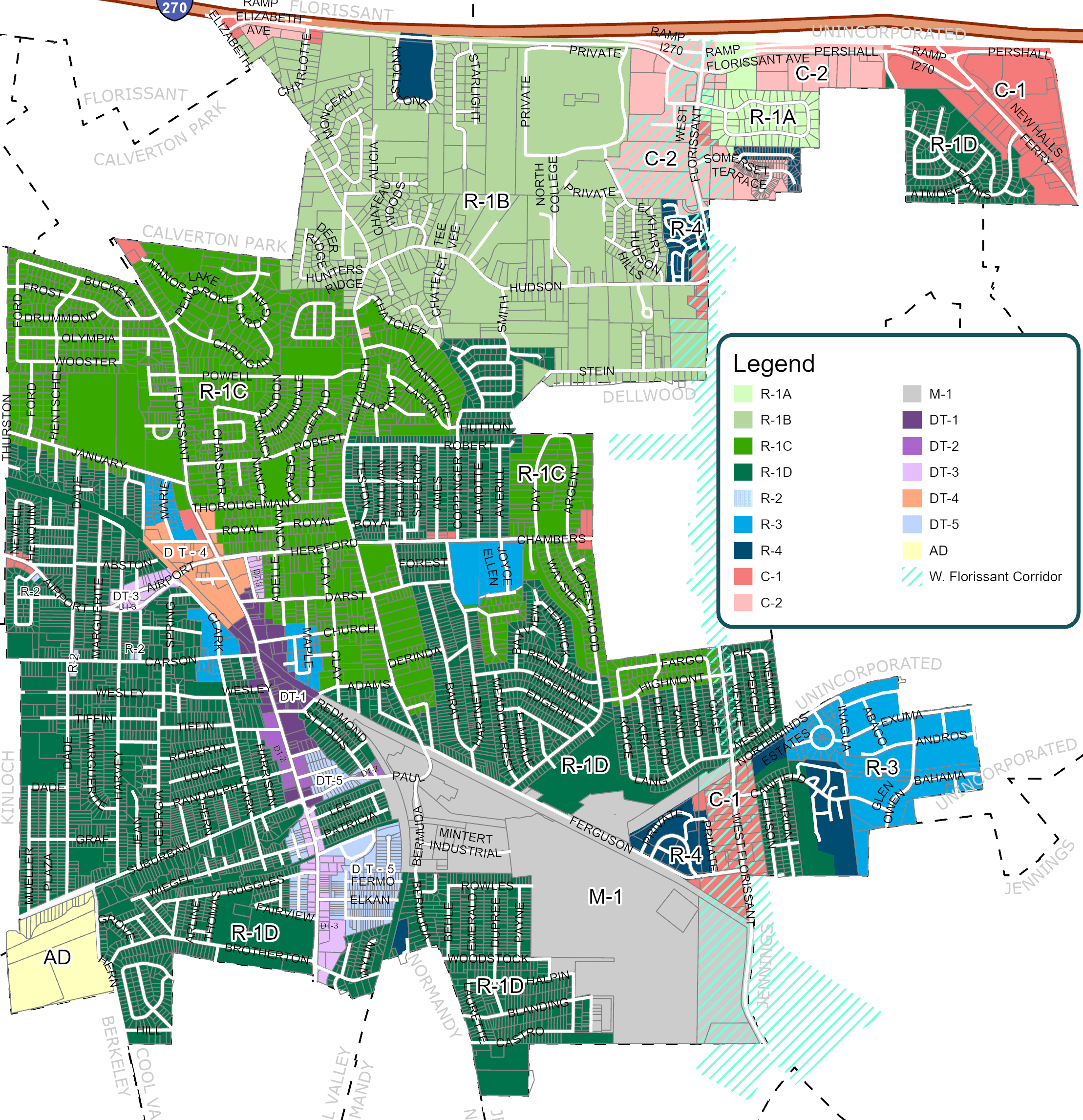