One of the responsibilities of the Ferguson Civilian Review Board, per ordinance, is to “…review racial profiling data…to identify patterns  and trends.”

To do this, Ferguson Police Department traffic stop data is displayed on various graphs that make patterns and trends easy to see.

The following two charts visually summarize the disparity index for the FPD for the last 20+ years and make any patterns or trends easy to see. 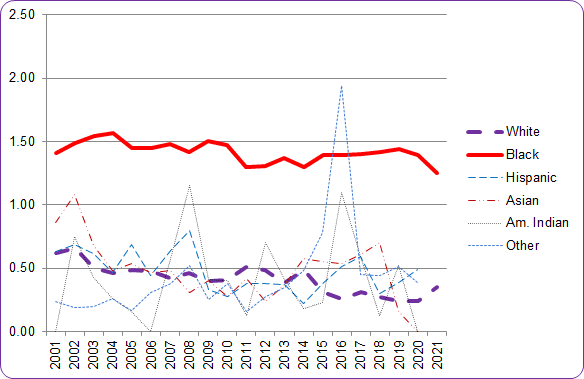 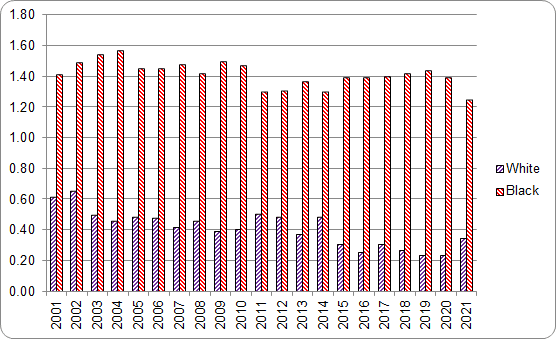 While the disparity index is calculated by factoring in the population %, the chart below shows the actual number of stops for white and black residents. 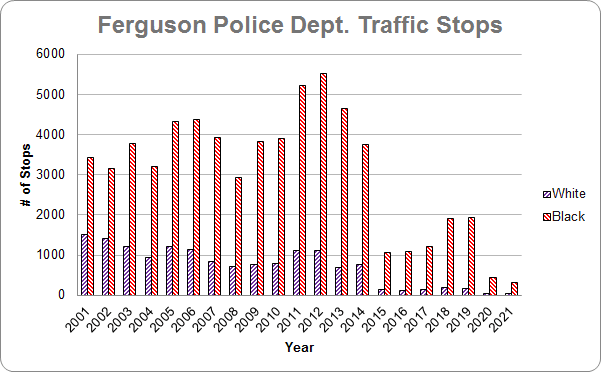 A large gap in actual stops would be expected even if there were no racial disparity. Using either the 2010 census population figures or the 2018 population estimates, there are roughly twice as many black resident drivers as white resident drivers. With no disparity, in the chart above, each year the bar for black residents should be about twice as large as the bar for white residents.

Even though the number of traffic stops dropped dramatically beginning in 2015, this drop did not noticeably change the disparity index.